EEVEE is a crazy powerful rendering engine, but it does have its limitations. Transparency, lack of node support (looking at you, particle info), and especially Object Motion Blur. EEVEE can blur the scene if the camera is moving, using camera motion blur, where objects are uniformly blurred based on the camera’s velocity, but if the camera is stationary, moving objects won’t be blurred.

Also, even the Cycles rendering engine can only handle linear motion blur, not the circular arcs that we’re making (at least, not easily). It would also take many hours to render this scene with Cycles, due to the very large amount of geometry (100K+ verts!).

Take a look at the video if you want a step-by-step walkthrough of how I made this animation.

Since our “star” is really a hairlike spiral, which spirals upwards clockwise (or counterclockwise) and upwards. Now, since the tip of our star, its “current location”, has the “highest” position, which is to say the greatest Z coordinate, we can use this to map a gradient going from dark (low Z) to bright (high Z). 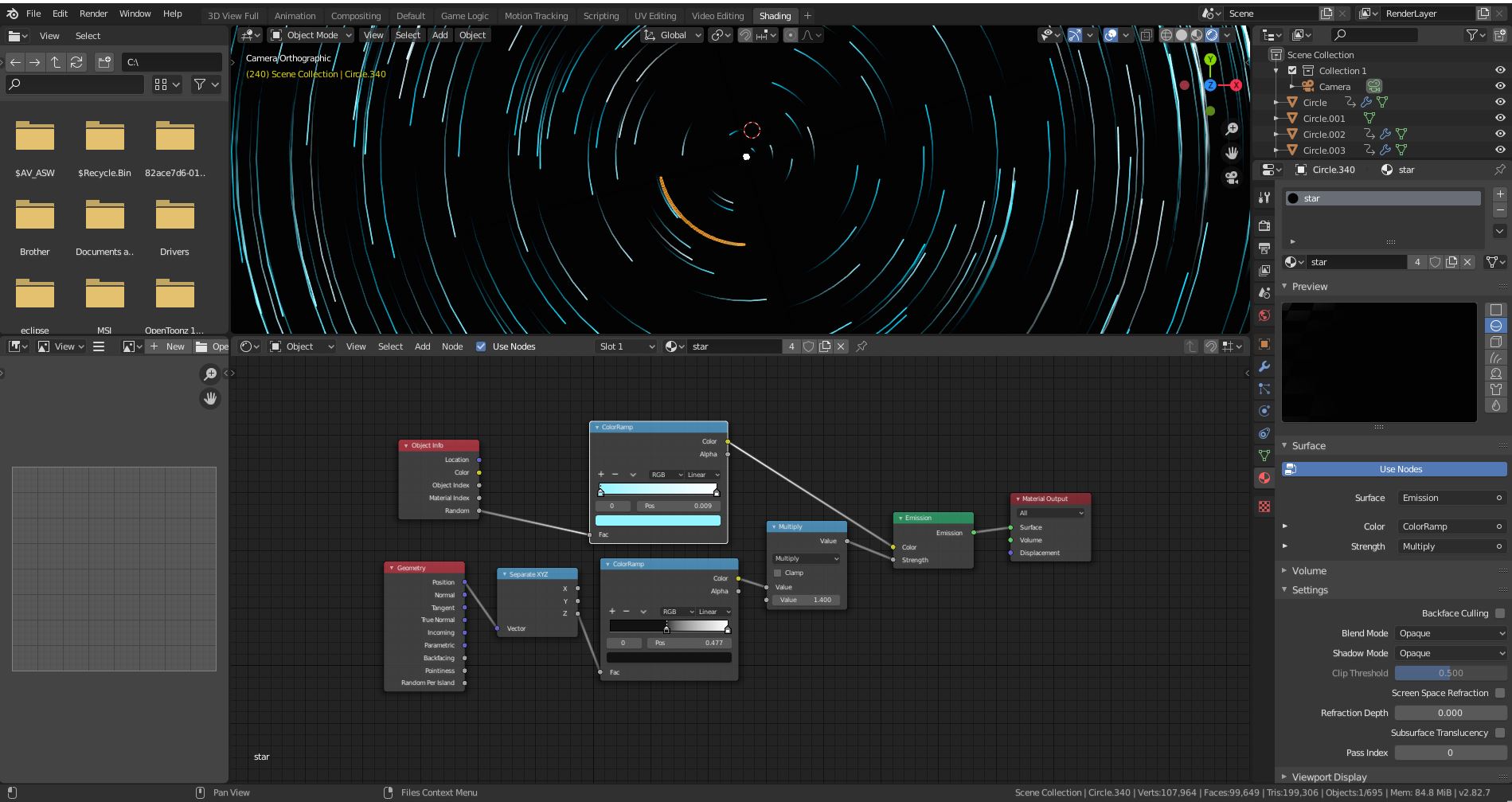 Encoding the position in the Z coordinate, then extracting it out with the Separate XYZ node and modulating the effect with a colourramp. Colour is randomized with the Object Info node.

Once you do this, you may have to move your star up or down (on the Z axis) to see the effect more clearly.

I hope that you found this tutorial interesting, and that you enjoyed it! Also, this is the second (!) tutorial published on my new site, which I hope you’re all finding faster and prettier than before. Thanks for checking out my site, and bookmark it if you want to check back for new tutorials every two weeks.

For more Blender tutorials, check out my others!